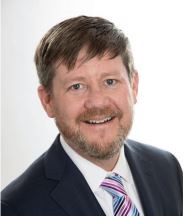 Steve Lutes is vice president of Middle East Affairs at the U.S. Chamber of Commerce. He is responsible for managing the U.S.-Egypt Business Council, U.S.-Iraq Business Initiative, the U.S.-GCC Business Initiative, and serves as executive director for each. In this capacity, Lutes is responsible for developing and implementing policies and programs that promote U.S. business opportunities and investment in Egypt, Iraq, Saudi Arabia, the U.A.E., Qatar, Kuwait, Oman, and Bahrain. He works closely with Chamber member companies and business and government leaders to deepen and expand commercial relationships.

Lutes came to the Chamber from the U.S. Department of Commerce’s International
Trade Administration (ITA) where he was a senior legislative affairs specialist in the Office of Legislative and Intergovernmental Affairs. He focused on educating members of Congress on the benefits of trade and foreign direct investment and on advancing the Administration’s trade agenda on Capitol Hill, including securing passage of the United States-Dominican Republic-Central America Free Trade Agreement (CAFTA). Lutes also served as the congressional liaison to the President’s Export Council and the Manufacturing Council for the Department.

Previously, Lutes worked for the Republican Party in Columbus, Ohio, where he worked in conjunction with the Bush-Cheney reelection effort in Ohio through 2004, successfully directing political and grassroots strategy in central Ohio and helping turn out the largest county vote for former President George W. Bush in Ohio.

Earlier in his career, he worked on Capitol Hill and held a variety of positions, including press secretary, legislative director, and chief of staff.

Lutes earned his bachelor’s degree in marketing from Indiana University’s Kelley School of Business. He serves on the Board of Directors of the American University in Iraq – Sulaimani Foundation. Steve and his wife met while working on Capitol Hill and live in Alexandria, Virginia