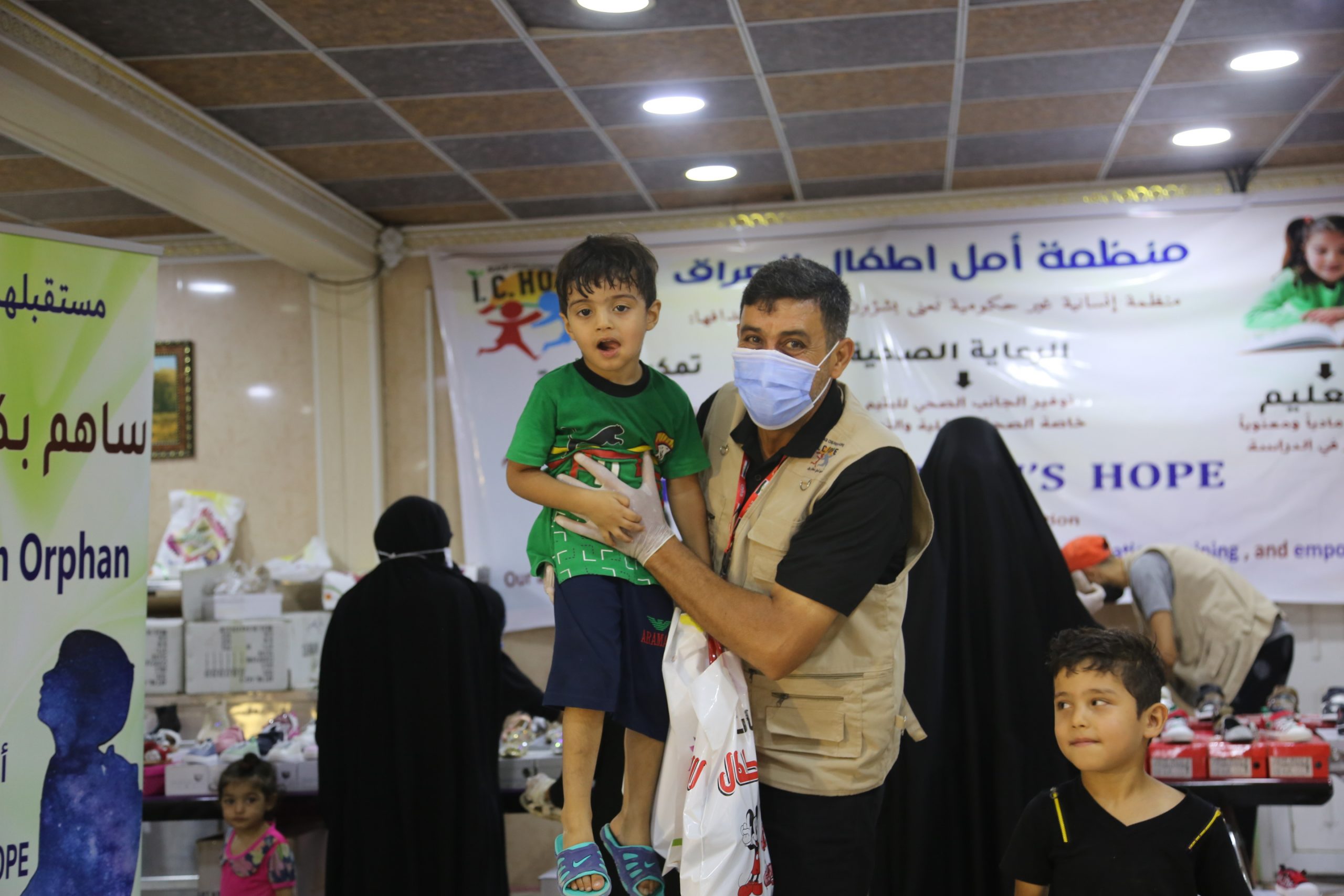 Iraqi Children’s Hope celebrated by distributing Eid clothes to more than 400 orphans Boys and girls, a gift from the organization on the occasion of the blessed Eid Al-Adha. The ceremony was held to distribute clothes at (Rotana) Hall in Basra Governorate for two days Sunday and Monday 26-27 July 2020.

There was great joy and delight in the faces of the orphan children and their widowed mothers as they were shopping inside the exhibition hall to choose from the different types of clothes that were shown in the hall.

May God bless benefactors, donors, and all the staff of IChope.

With the lockdown down imposed by the Iraqi government to help reduce the COVID-19 infections, Iraqi Children’s Hope has delivered food baskets, milk, and diapers to poor families and to orphans. These families were the most severely impacted as they are not able to work to gain their daily wages by providing:

The objective of this course is to teach students (widows, youth, and young adults) everything they need to know in order to master using a computer.

Globally, people rely on computer technology to grow their careers, improve their lives, and to expand their opportunities. The course ran students through all of the basic concepts and techniques of using a personal computer, learned about hardware, software, and operating systems, and brought them up to speed with modern personal computing technology in no time at all.

Projects: Built a classroom in an elementary school

One of the problems that children face in Iraq is education, especially children who live in poverty. Another problem of education is the lack of schools, which leads to an increase in the number of students per school.

At the beginning of the academic year of 2019, one of the elementary schools in Basra Province, which has many orphaned and poor children, was suffering from a lack of classrooms. The second-grade classes had 78 students each, which of course, is very large per class. The school’s administration asked donors to help them build a new class for second-grade students.

Iraqi Children’s Hope collected donations from businesses and individuals to build the classroom. We were able to build two classrooms in the school instead of one to reduce the large number of students in the class.

Among the difficulties that Iraqi families face at the beginning of the school year is meeting the educational needs (clothes, stationery, and school supplies), especially for poor and needy families.  One of our priorities is to help orphans to continue their education. School uniforms is one of the most important supplies that girls need in school. ICHope has provided 450 orphan students with school uniforms to help orphaned girls be able to attend school.